I’m in training for the next Olympics. And so are you – you just haven’t realised it yet. You’re practising at least twice a day – possibly more than that if you’re female. And, no, this isn’t because you walk and walking is a sport (we all know that Olympic-walking and everyday-walking are like The Corrs: they’re related, but one of them is messed-up and ugly-looking).

What we’re all in training for is the triathlon. Yup, that’s the one where they swim, cycle, and run. Now most of us manage a swim or two every year on our summer holidays, and have a bike rusting in a shed out the back, and might run if we were in danger of missing our bus home (though not necessarily the bus to work). You might think that leaves you a little behind the triathletes who are already training in these disciplines every day. But you’re already training every day too. Because an important part of triathlons is simply getting dressed. And undressed.

Athletes about to strip (pic from Pixabay)

In triathlons it’s what they call ‘the changeover’, which is a posh way of saying ‘getting out of your swimsuit and into your other clothes’. There is also a second ‘changeover’ which involves getting off your bike and putting on your runners. As you can now appreciate, this is the sport that you’ve been in training for since you were a kid. And imagine how much more quickly we’d all have learnt to tie our shoelaces if only someone had told us we could win an Olympic medal for it.

This is Olympian!!! (pic from Pixabay)

Personally, I’m against anything qualifying as an Olympic event if it includes everyday tasks as part of their makeup. The Olympics should make us aware of the awe-inspiring capability of the human body in ways that we can’t imagine emulating. The Olympics should not make us aware of the fact that we’re lying on the couch in the afternoon with the curtains still closed while dressed in a onesie and covered in crisps.

But, if it’s going to be allowed, then we should go the whole hog. Let us make the Olympics a celebration of mastery of both athletics AND everyday tasks. Half-way through the 100-metres sprint, the athletes should have to stop and make a toasted-sandwich before carrying on. Boxers should have to do ironing between rounds. Weight-lifters should not just pick up heavy things, they should also stack them neatly on shelves and label them clearly so as they can be easily found again.

We could even take the events out of a stadium and hold them in the real world. Javelin-throwers would first have to make a list of everything that’s needed from the shops and then try to throw that list on the end of the javelin as far as the supermarket. The monotony of 10,000-metre runners endlessly circling a track could be replaced by them just being handed heavy shopping-bags and pointed in the direction of a car on the farthest side of the supermarket car-park. And the 200-metres sprint could be a 100-metre dash to an off-licence just before closing-time, with the second hundred-metres being completed while carrying back a six-pack of beer, a bottle of wine, two packs of fags, four large bags of crisps, and an oversized Toblerone.

You may mock this idea, but bear in mind that we have just finished the Winter Olympics which includes a sport that is basically ski-ing and shooting. It’s called biathlon but they might as well just call it “what I did on my holidays” and introduce it to the summer Olympics as well. The summer version could consist of clay-pigeon shooting from the window of a moving caravan. Or getting drunk and trying to drive a scooter through an obstacle course made up of other drunk tourists. Or just trying to put up a tent at a music-festival in a muddy field in the wind and driving rain – surely one of the feats of human achievement most deserving of a medal (though drug-testing may result in no medals being awarded in this event).

Actually, the mention of bad weather reminds me why I’m so excited about my prospects for the triathlon. Yes, I am years behind the other athletes around the world in terms of training at swimming, cycling, and running, … but nobody gets out of their swimming togs and into their other clothes as quickly as an Irish person on a beach. The double-whammy of appalling weather and a Catholic-induced fear of the naked body compels us Irish to complete such ‘changeovers’ so much faster than anyone else that, in this aspect at least, we’ve surely got a massive advantage over our competitors. Bring it on.

Let me get undressed for my country!

6 thoughts on “Undress for Success” 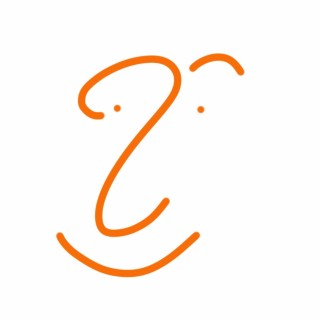 Ripley Trout lives at the edge of the big ocean. He faces the deep turbulent waters of the modern world ... and then retreats to paddlingintheshallowwaters.wordpress.com

Informing the future since 2003

fusion in the heat of cold

A four-month cycling odyssey across the British isles

I'm not really a geek and I know nothing about movies.

Thoughts on art, creativity, and the writing life.